Skip to Content
Internet Explorer is an out-of-date web browser that may render some features incorrectly. Please access this site using a modern browser such as Safari 13 and higher or Chrome 80 and higher.
Home About News and media News updates Global recognition for Lower Hutt project 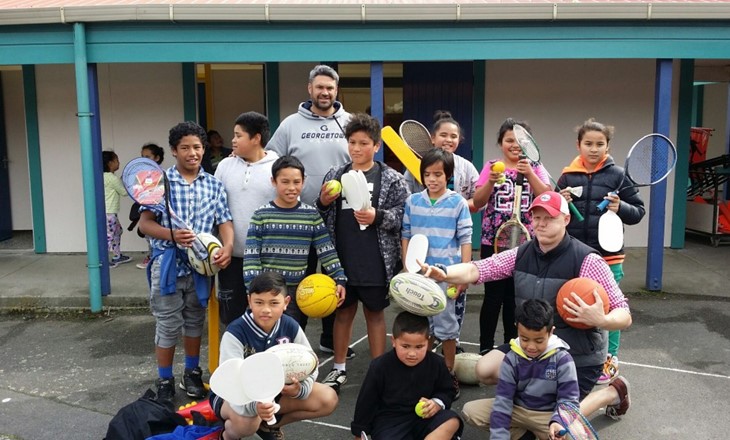 This week has brought international acclaim for a Hutt City Council project that is having a dramatic impact on the lives of children from high-deprivation communities through a range of sport, physical activity, leisure, learning, literacy and arts initiatives.

The Northeast Kids project was a finalist in the Sport for Sustainable Cities & Communities Award at the Beyond Sport Global Awards in New York -  the first ever New Zealand initiative to become a finalist.

The awards, which have been running for nine years, recognise the use of sport to solve social problems and strengthen communities, particularly those facing disadvantage.

Sport NZ is a major supporter of Northeast Kids, through its funding of a part of the initiative called the North East Pathways Project (NEPP). This sees teachers in a cluster of local Taita schools being resourced, supported and led in using sport as a context for learning - improving the engagement and achievement of their students.

The NEPP partnership has seen a significant increase in student performance, and was celebrated at June's Sport & Recreation Awards when Hutt City Council won the Community Impact Award for NEPP.

In addition to NEPP, some of the other initiatives delivered under Hutt City Council's Northeast Kids project include:

Hutt City Council has deliberately focussed its efforts in its North Eastern communities, which have some of New Zealand's highest levels of deprivation. In particular, the Council aims to work with the community, schools and other partners to empower kids for a brighter future.

Council General Manager Community Services Matt Reid says he is thrilled the work of Council and its partners is receiving such a high level of recognition. More thrilling is seeing the increased pride and participation of the local community.

"What really moves me is that we can see children's engagement and ambitions on the rise - kids are seeing their true potential and dreaming towards brighter futures.

"When these kids go on to further education and or training or employment, families benefit, their communities benefit and the city benefits. This is why Council is involved in these projects."