Skip to Content
Internet Explorer is an out-of-date web browser that may render some features incorrectly. Please access this site using a modern browser such as Safari 13 and higher or Chrome 80 and higher.
Home About News and media News updates STORY: National Volunteer Week, Marlene Ingram 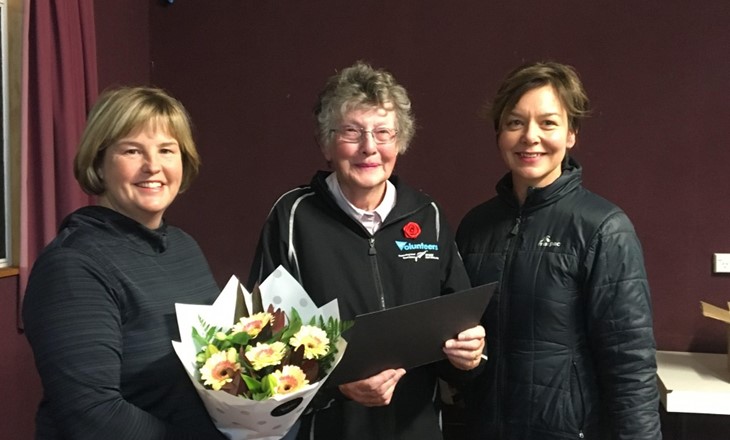 She's lost count of the number of children she has taught to swim, but Kaikoura Amateur Swimming Club volunteer coach Marlene Ingram says she's now teaching the children and even the grandchildren of some of her original learners.

"When you enjoy what you are doing, it makes you keep on going," she says.

Marlene's coaching started after she started as a new entrants teacher at the local primary school in the 1960s.   She's retired from teaching now but is still delivering learn-to-swim classes to four- to ten-year-olds. She says her approach is "pretty intensive" with classes of 40 children for ten lessons over a fortnight. It's pitched to be affordable for parents at $25.

On occasion, she says, she's also asked to teach adults, including recently by a group of Indian New Zealanders.

"It's a basic life skill," she says. I enjoy giving people the skill, and once they have learned to swim it can lead them into other water sports - like surfing.

"We have lots of fishermen down here and some of them can't swim," she notes.

Last year's earthquake proved pretty disruptive, putting the main pool out of action - and damaging Marlene's home. Despite that she pitched in once a pop-up replacement pool was organised, and adapted her coaching schedule to fit. She's hopeful now that post-quake recovery plans will include a new pool, allowing for a longer season than the current December-to-February.

Recently awarded as a regional finalist in the Lotto Sportmaker awards, Marlene has no plans to stop coaching anytime soon. She's 77 now "and I will keep going as long as I can. I enjoy it."