Skip to Content
Internet Explorer is an out-of-date web browser that may render some features incorrectly. Please access this site using a modern browser such as Safari 13 and higher or Chrome 80 and higher.
Home Resources Balance is Better: Paul Coll, squash player 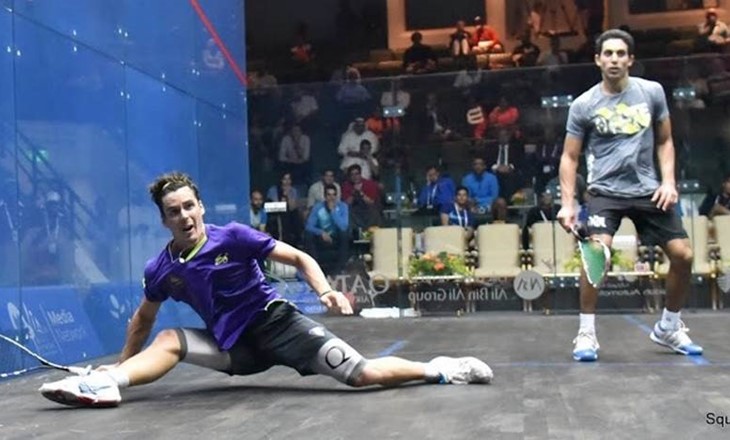 Top New Zealand squash player Paul Coll played lots of different sport when he was young, but what defined him and got him to the top in squash was sheer hard work.

Ranked number 9 in the world (as of April 2018) and rising fast, they call Paul ‘Superman’. Why ‘Superman’? Just watch the clip on YouTube of him at the 2016 Canary Wharf Squash Classic winning a rally against Englishman James Willstrop. As the commentators say, ‘out of this world’.

He’s a Greymouth boy, Paul. Uncle Tony captained the New Zealand Kiwis at the 1977 Rugby League World Cup. “We’re a competitive family,” Paul says. “Christmas dinner at our place, there’d always be some challenge on - like who could hold up the weights with outstretched arms the longest. Or planking. Whatever it was, the aunties and everyone would be in.”

Like so many other top athletes, Paul played lots of sports as a kid: rugby league (of course), hockey, basketball, soccer…and squash, like his dad. But he wasn’t always ‘Superman’. “When I was playing Juniors, there were usually three or four guys better than me. It wasn’t until I was picked for the New Zealand team that I decided to figure out how to get better at it.”

In fact, when Paul made the national development squads at around age 14, he was one of the lowest ranked players in the squads.  The answer to how to get better was something else he learned from his family: hard work. There’s skill involved in squash, of course, but when two more or less equally skilled players compete, more often than not fitness, strength and flexibility make the difference. “I’m fanatical about training,” says Paul, “I train three times a day. Went to university to study it.  I’m always trying to find what’s most uncomfortable and doing more of that.”

“What goes hand-in-hand with hard work is discipline.  You’ve got to be prepared to make sacrifices. Not partying; eating well and so on.  Living away from home is hard, but it’s a choice I had to make: initially to Christchurch and more recently to Europe because this is where the competition is and the coach I wanted to work with is based here.” 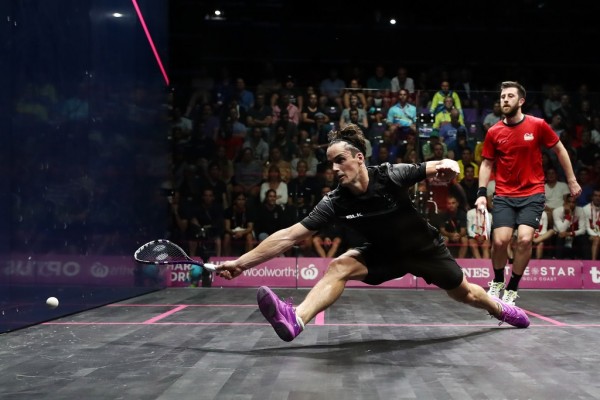 That willingness to sacrifice is another thing which makes Paul, not just a superman, but also a superhero for Sport NZ’s Talent Plan. That plan is all about balance – a theme that’s ever-present in Paul’s career: balancing many sports rather than specialising early, having a good balance between sporting and family influences, and balancing sporting and social lives.

Which brings us to back to the question, how does one become a superhero: in squash, in any other sport, or in life? The answer, according to Superman himself (the real fictional one, as opposed to the real squash player one) is that there is a superhero in all of us. All it takes is the courage to put on the cape.