Skip to Content
Internet Explorer is an out-of-date web browser that may render some features incorrectly. Please access this site using a modern browser such as Safari 13 and higher or Chrome 80 and higher.
Home Resources Jess Quinn - #itsmymove ambassador 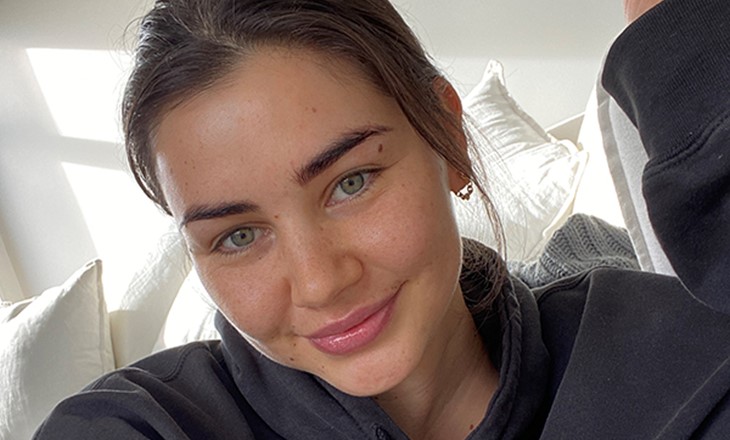 This campaign resonated with me so much because I know what it's like to be the young women who doesn't feel included in sport or doesn't know how to move her body in ways that work for her.

After losing my leg, I really just wanted to get back into the sports I had loved doing before.  While I managed to do that, once I reached my teenage years, I started to feel that I wasn’t good enough to be participating in team sports.

My memories of that time are of being really upset because I thought I couldn’t do what everyone else was doing.  I also struggled with the body image issues that came from wearing sports uniforms and workout gear.  I remember hiding my leg away - I would wear long pants and get my netball skirt in a size way too big for me, just so it could be long enough.  I also remember buying a sports bandage to put over my leg, so it looked like I had injured it at netball. All of these things were my way of hiding because I hadn't truly accepted my new body.

That’s when I stopped playing sport altogether.  However, I quickly realised how much I missed moving my body and then I found the gym.  It was a place where I was only competing with myself and I’ve since made it my mission to find things that I can do, that make me feel good.

I realise now how much I missed out on because I was afraid of what others would think. I’ve also realised that even though I felt alone, I wasn't. As I grew up, I realised that our bodies are made to take us places, not be picked apart, and moving them is such a privilege and we shouldn't take it for granted.

It’s so important that we remind ourselves that the one thing we all have in common as humans is that we're different, and that's something we should celebrate. If you're feeling unmotivated to move your body, remind yourself that you don't have to look or be a certain way when doing it. The best form of exercise is the one we enjoy doing.  You don't have to be the best or have the body of an athlete to participate. Get out there and do it with the body you're so lucky to be able to move in.

I hope my story can inspire and help others going through similar challenges.