Internet Explorer is an out-of-date web browser that may render some features incorrectly. Please access this site using a modern browser such as Safari 13 and higher or Chrome 80 and higher.
Home Resources Māori Play Initiatives - Manu Tukutuku Wānanga 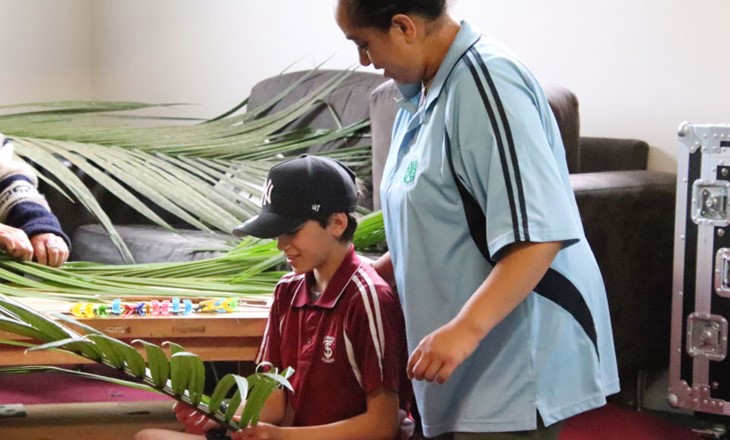 Māori have always adhered to the idea that we should look to the past to inform the future, and play is no exception. The Manu Tukutuku Wānanga, hosted by Crystal Pekepo-Ratu (Ngāti Vara, Ngāti Tāne, Ngāti Kahungunu) of Maataatoa, and facilitated by renowned taonga tākaro legend, Harko Brown, offered whānau in Hawkes Bay the opportunity to reconnect with traditional games and knowledge to inform play in the present.

The two-day kaupapa included the opportunity for the group to create taonga tākaro including manu tukutuku and kī. They also learned a variety of ngā taonga tākaro, which incorporated pūrākau and shared mātauranga around the historical uses and applications of the manu they made.

The roopu, who ranged in age from tamariki to pakeke right through to kaumātua, were shown that taonga tākaro are not only fun to make and play with, but they provide an opportunity to enhance te reo Māori, restore mātauranga, and learn life skills all the while picking up incidental outcomes such as strengthened values and communication.

Harko acknowledges that it’s not just about games, it’s about things that Māori really treasure like arohatanga and manaakitanga, hosting people and demonstrating love through sharing kai with each other. He advocates that “It’s about all the Māori values that we treasure. Kids really learn to appreciate it and connect spiritually with these taonga and also the environment around them through the use of implements such as aroaro tākaro which they can make and then use in the game play”.

“To have our own taonga, like harakeke in our own backyard, our nīkau rākau that we can use and kore te utu - at no cost! Hononga tērā ki tō tātou tūpuna hoki, so just instilling those tikanga that have been lost along the way has been a humbling experience for myself,” says Fenella Nukunuku (Ngāti Porou, Ngātu Kahungunu), Māmā of four tamariki.

“When it comes to tamariki and play, one of the whakatauki that comes to mind is ‘Tā te tamariki tana mahi wāwāhi tahā. It is the job of the children to smash the calabash.’ This whakatauki reminds us that it is the nature of children to explore their world and the objects in it and it is our responsibility to teach them. Taonga tākaro and play are really good vehicles for both of those outcomes and we should use these beautiful opportunities of play to engage with our tamariki authentically in ways that allow them to develop themselves.

“Pangarau, problem solving, pūrākau, whakapapa; these are the incidental outcomes whilst whānau have an opportunity to enjoy their tamariki and create beautiful memories,” says Crystal.

The tamariki who attended the wānanga have become champions of taonga tākaro within their schools, whanau and hāpori. They have gifted taonga to teachers, taught the neighbourhood kids how to play and shown extended whanau what taonga tākaro are all about.

“I was so inspired to see my son so happy and in mahi that mai ra ano, mai to tatou nei tupuna. The most humbling part about it is seeing another way of learning for my son. So seeing him in this element was amazing,” says Fenella Nukunuku (Ngāti Porou, Ngāti Kahungunu)

Taonga tākaro can enrich our lives and initiatives like the Manu Tukutuku Wānanga are all about encouraging whānau to take what they need and apply it as a form of building their toolbox for play and creating their own whānau legacies.

Sport NZ Ihi Aotearoa recognises the positive effects of play on tamariki and knows that play benefits the taha tinana, taha hinengaro and taha wairua. Give tamariki the tools, time and space and let them be free to explore and play.

Feedback from whanau who attended the wānanga

“What did I hope to get out of this wānanga? Taiao i te ao Māori. I hoped to get that, but I got way more!” - Tara Pere-Atua (Ngāti Kahungunu).

“The kids were engaged the entire time, they loved it.” - Tara Pere-Atua (Ngāti Kahungunu)

“It was like he was in his world, it was amazing to see a different light in my son. He stayed focused, concentrated, listened and absorbed it all. He loves making things, so he was in his element. We need more of this in our kura, in our schools. Just seeing him in his element was amazing.” - Fenella Nukunuku (Ngāti Porou, Ngāti Kahungunu).

Ngā taonga tākaro are defined as traditional Māori sports, games and recreational activities. Taonga tākaro were cultural activities which connected Māori directly to their spiritual beliefs and formed the nexus of society, supporting education and sustaining social order in the land. 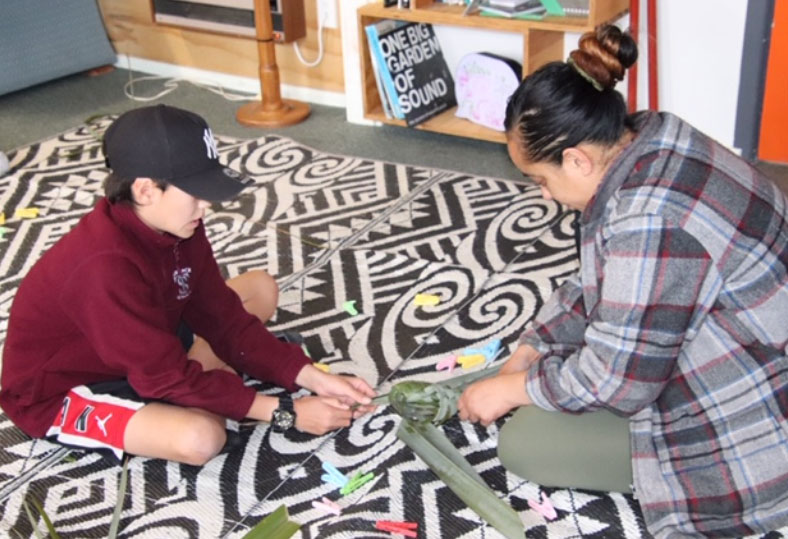