Skip to Content
Internet Explorer is an out-of-date web browser that may render some features incorrectly. Please access this site using a modern browser such as Safari 13 and higher or Chrome 80 and higher.
Home Resources Sir Eion and Jan, Lady Edgar Lifetime Achievement Award 2021 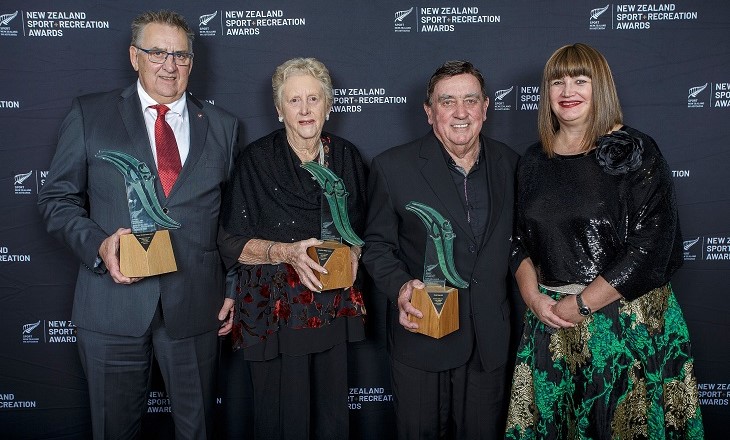 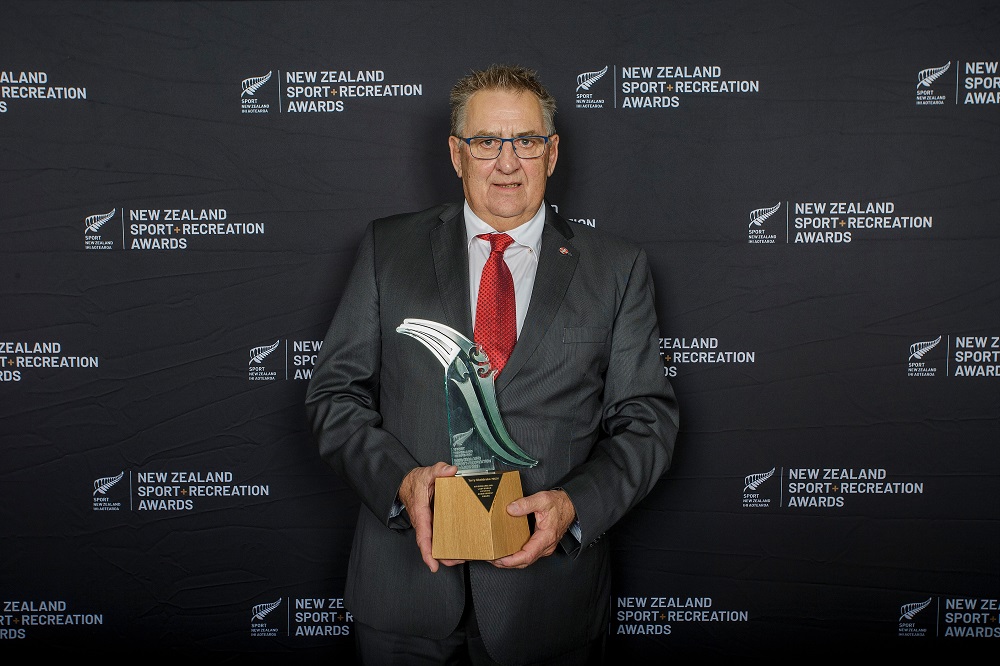 Terry is someone who has been genuinely driven by his life-long passion to get as many people involved in sport as possible – locally, nationally and internationally.

Born and raised in Gisborne, Tairāwhiti, he is the youngest of three brothers and might best be described as the type of person who can’t just sit and do nothing. His CV suggests that this may indeed be the truth, as he has been a leader in the sector for over 35 years now, and during this time has help many and varied roles across the sector.

He left school at 16 and worked on farms until he moved to the city at age 25, were he took up a business opportunity in insurance and investment. However sport was his real passion.

As the founding CEO of Sport Gisborne Tairāwhiti — then called the Eastland Sports Foundation - he believed that if there was a Sport Waikato, a Sport Hawke's Bay and so on, then why not a Sport Gisborne? Well the rest is history, and he led the team there for over 13 years.

His greatest love, however, is reserved for triathlon and all forms of multi-sports. He was a driving force in the emergence of Triathlon in Aotearoa New Zealand. He is well-known for describing triathlon as a sport that has more going for it than is widely recognised, involving three unique disciplines that people can continue to do across their lifetime.

He helped introduce the sport to Gisborne in the 80’s with a vision to make it more affordable in order to increase participation. He and his wife Kathy were responsible for developing one of New Zealand’s biggest and most enduring events, one that now attracts over 38,000 children annually between the ages of 7 and 15 – the Weetbix Kids Triathlon Series – nationally now in its 26th year.

Since then he has been director of more than 350 age-group Triathlon and Multi-sport events, including being the race director for the ITU Triathlon World Championships in Queenstown in 2003, and again in Auckland in 2012. Both were large events which brought thousands of competitors and supporters to New Zealand.

He has gone on to be an elected member of the International Triathlon Union and in 2009 was inducted as a Life Member of Triathlon NZ.

As well as governance roles in sport, he has held the role of facilitator across various forms of multi-sports including triathlon, aqua bike, mountain biking, road cycling, swimming and running.

In 2015, he received a New Zealand Order of Merit for services to sport and was a member of the World Triathlon Board for 12 years.

Though he has held many leadership positions in sport, he remains primarily driven by those at the grassroots level. This is perfectly illustrated by the work that he has done with Kathy throughout the Pacific introducing triathlon to the islands. This has included obtaining sponsored bikes and helmets, and also establishing programmes to teach the skills of swimming, cycling and running. These are the attributes that define a lifetime achievement award winner. 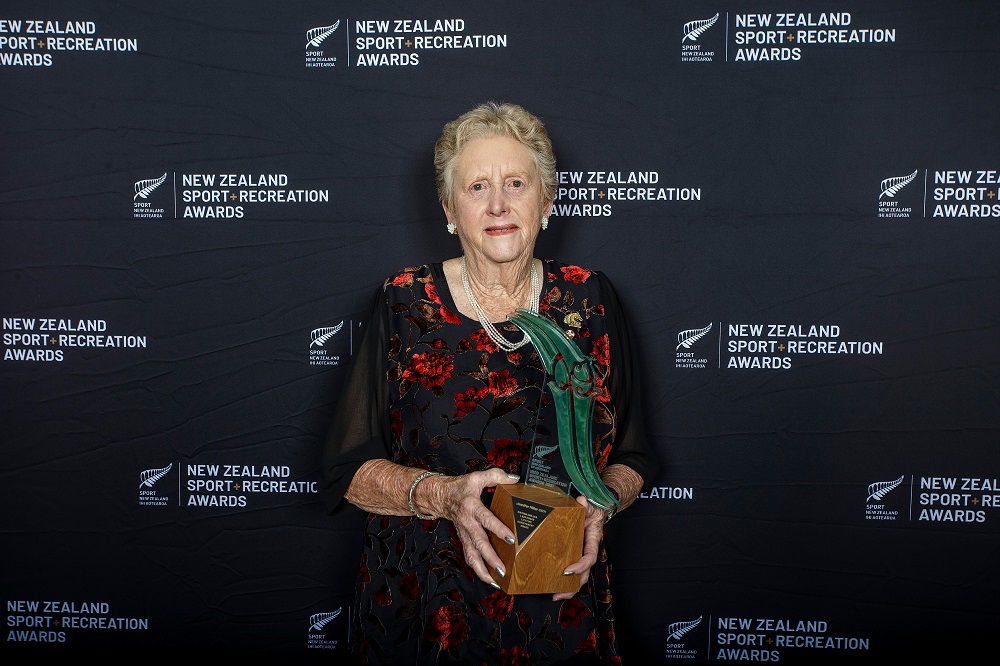 Jennifer has devoted her life to the sport she loves, equestrian.

Jennifer was born in Christchurch, the oldest of six children. As with most young people with an interest in horses, she began her involvement at the local Pony Club - Riccarton Fendalton Pony Club - competing in Showjumping, Dressage, and Hunter Jumping; she was also a keen hunter.

She married her husband Bruce in 1960 before they moved to the Bay of Plenty. Alongside her farming commitments in Te Puke and raising a family, she has dedicated her adult life to equestrian sport and in particular the Olympic discipline of Eventing.

From cross-country course-designer, to technical delegate, to steward, to New Zealand team trainer and team manager, Jennifer has been appointed to innumerable high-level roles across the globe over the past four decades.

Highlights were her appointment to officiate at pinnacle events such as Badminton, Burghley and Kentucky, as well as several Olympic Games, World Equestrian Games and Asian Games.

Jennifer was the first woman, as well as first Australasian, to be appointed as the Technical Director for Eventing at an Olympic Games, in Sydney 2000.

Jennifer sat for several years on the FEI’s (the International Equestrian Federation) Eventing Committee and was also appointed as the FEI’s Olympic Solidarity Development Officer for Eventing during which time she taught, coached and mentored technical delegates and course designers from developing nations all over the world.

This role took her to many countries where she made life-long friends and she derived particular pleasure from seeing many of these nations improve their competitive standards and go on to qualify for the first time for Olympic Games and world championships.

Alongside her technical roles, Jennifer served on the Board of Equestrian Sports New Zealand for many years, including as President and Chair, during which time she supported all of the sport’s disciplines and was instrumental in the establishment of the new Para-Equestrian discipline.

The National Equestrian Centre near Taupo is a special place for Jennifer. She’s been the course designer for many national championships and has worked tirelessly on the centre’s committee for many years, including playing a key role in the development of the new indoor arena which opened in 2018 and which includes the sport’s national high performance centre of excellence.

She also remains a trustee of the Charisma Trust, named after Sir Mark Todd’s famous horse, which supports the international development of talented riders.

Jennifer has played a leading role in the international success New Zealand has enjoyed in Eventing over the last four decades, starting with Sir Mark’s gold medal at the Los Angeles Olympics in 1984.

“The international experience and exposure she brought to cross country course design undoubtedly raised the standard of courses in New Zealand to world class levels, which led to the production of many Olympic and World Championships medals for New Zealand riders.”

These words from Catrin Norinder, the FEI’s Director of Eventing, sum up Jennifer’s global contribution:

“Jennifer Millar has been highly instrumental in the development of today's International eventing sport worldwide. Her enthusiasm and personal skills in sharing her knowledge and  motivating Course Designers, Technical Delegates and Officials around the world to engage and become high level officials has been invaluable. All these officials are forever grateful to her mentoring. Jennifer has certainly helped to put New Zealand on the map of the main Eventing nations of today together with a string of amazing athletes.”

In 1998, she was awarded the Companion of the NZ Order of Merit for services to equestrian sport, and in 2001 was recognised by the International Olympic Committee for her contribution to the development of Sport, Olympism and the promotion of friendship and solidarity among peoples. 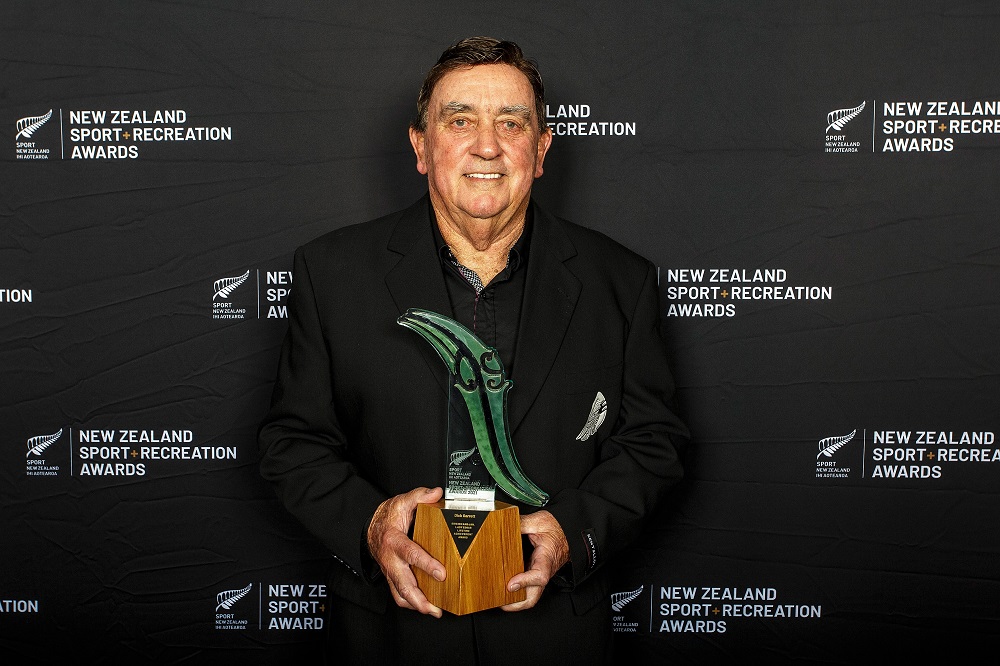 Originally from Te Teko, Whakatane, Dick grew up in Auckland where at the age of 15 he picked up a racquet for the first time, starting his journey with the game of tennis.

Through his work with Aotearoa Māori Tennis Association, he organised groups of players to play in the Queensland Seniors Tournament for ten years. In 2013 he was also instrumental in Ruia Morrison’s return to Wimbledon, where together with a group of supporters, Ruia was inducted to the ‘Last 8 Club’.

Dick has carried on the legacy of Albie Pryor, who started Te Tohu Tākaro o Aotearoa in 1991 with the first Aotearoa Māori Awards being at Tūrangawaewae Marae under the mantel of the Kingitanga and Patron Te Arikinui Dame Te Atairangikaahu.

As CEO of Te Tohu Taakaro o Aotearoa Charitable Trust since 2002, he has fiercely held on to Albie’s vision, while establishing other initiatives under that umbrella.

For the past 40 years, he has been a staunch advocate for Māori Sports and Māori athletes, freely giving his time and expertise in ensuring their cultural identity is upheld and valued.

Let’s also not forget his love of rugby, playing through five decades of seniors rugby in Auckland and representing Auckland Māori.