Skip to Content
Internet Explorer is an out-of-date web browser that may render some features incorrectly. Please access this site using a modern browser such as Safari 13 and higher or Chrome 80 and higher.
Home Resources Teams engage in battle as Māori Football hosts ‘North vs South’ Showcase 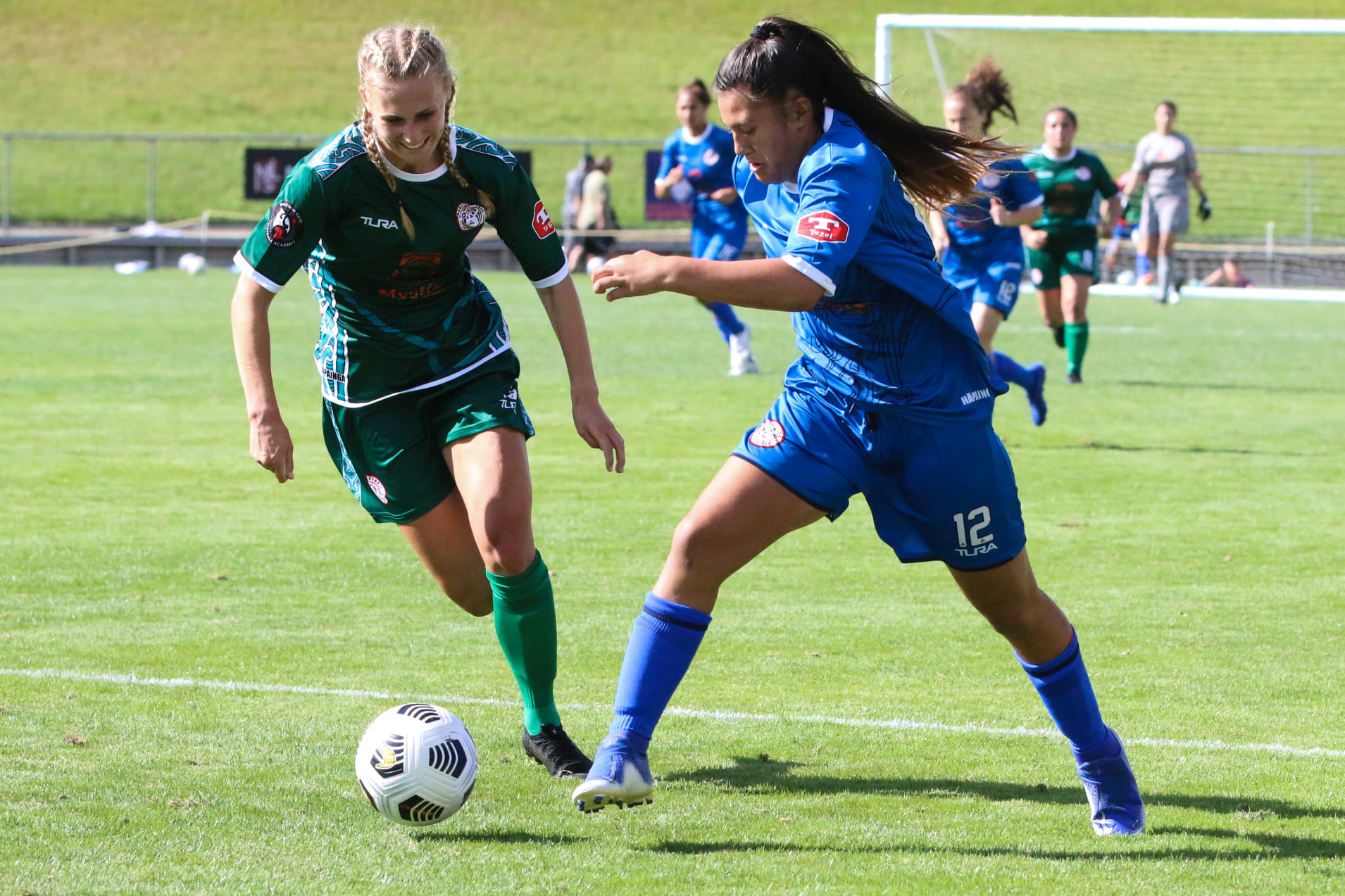 COVID-19 may have halted international and trans-Tasman sporting clashes but for Māori Football Aotearoa it’s meant the chance to innovate on home soil.

The first ever Māori Football ‘North vs South’ Tournament was held in Rotorua over the weekend offering representative and grass roots players alike the opportunity to meet each other in battle on the pitch.

The event was held in partnership with Rotorua Lakes Council with eight teams competing across a single day – senior men and women, and under-16 boys and girls.

Players were able to register as long as they could prove their whakapapa. They also had to choose to be affiliated with either North or South teams, picking what was most representative of them.

Māori Football Aotearoa aims to attract more Māori to the sport and nurture participant success both on and off the field as players, coaches, managers and administrators.

“We support participants in their pathways, engaging and inspiring them and helping them stay connected to who they are,” says Founder and Chairman Phillip Pickering-Parker.

Football is a popular sport amongst young Māori although participation tends to decline in the senior grades.

Pickering-Parker says the rich history of North vs South competitive clashes in other sports inspired the event which is likely to become an annual feature in its domestic development programme.

“COVID-19 has limited the opportunities for our aspiring players to compete internationally so we created a national showcase,” he says.

Congratulations to the winning sides which saw: