Skip to Content
Internet Explorer is an out-of-date web browser that may render some features incorrectly. Please access this site using a modern browser such as Safari 13 and higher or Chrome 80 and higher.
Home Resources The evidence 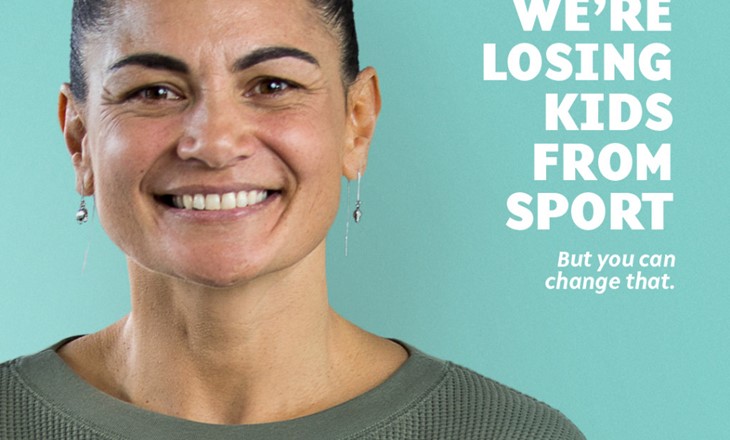 Significant national and international evidence supports the need for changes to youth sport.

The Keep up with the play campaign zeroes in on the issue of why teens are walking away from sport in increasing numbers. Evidence gathered over time in Sport NZ’s Active NZ national participation survey shows that when comparing 12-14 year olds with 18-24 year olds, hours per week engaged in physical activity drops from 12 to 5. In addition, the number of activities drops from 6.4 to 2.5 and weekly participation drops substantively from 98% to 75%.

Furthermore, Secondary School Sport census data shows that although school rolls have increased over the last three years, participation has dropped in inter-school sport. For Sport NZ this is disturbing because habits formed in the teen years transfer to the adult years. Basically inactive teens become inactive adults.

Although some of the drop-off can be attributed to the inevitable changes that occur during the teen years including motivation, contention on time and the impact of technology, there are other factors that exacerbate this decline.

Sport NZ says that years spent studying the subject, and examining overseas models, shows young people are best served when their needs are put first. And the main motivation for young people to play sport is to have fun (76%) followed by hanging out with family or friends (44%). The fact is that sport is seen by many teens as another way to have a cracking good time. And if the fun goes, because the pressure and time demands ratchet up, they’ll be likely to follow.

Though some parents might be tempted to let their kids specialise early in one sport, perhaps encouraged by a coach or club administrator, the statistics show this is probably a bad idea. Australian studies demonstrate that the transition rate from being identified as youth talent to becoming an elite athlete is less than 10%.

And it won’t necessarily be worth it. Over training and over playing can lead to injury and burn out in young players. ACC statistics have shown a 60% surge since 2008 in sports-related injuries in 10-14 year olds – double the increase of any other age group. There are a number of reasons for the spike, but a growing concern is that too much of one sport can be just as harmful as not enough exercise.

For those looking for a helpful guide, ACC encourages the one hour for every year guideline, where the amount of organised sport per week – both training and competition – should not exceed the child’s age. Exceeding recommended hours increases the odds of a ‘gradual onset injury’.

All in all, the stats are sobering. And though every parent wants to support their child becoming a star on the sports field, too much too soon may have just the opposite effect.

Active NZ shows that when comparing 12-14 year olds with 18-24 year olds, weekly participation drops substantively from 98% to 75% and the number of weekly activities drops from 6.4 to 2.5.