Skip to Content
Internet Explorer is an out-of-date web browser that may render some features incorrectly. Please access this site using a modern browser such as Safari 13 and higher or Chrome 80 and higher.
Home Resources Wellington College case study 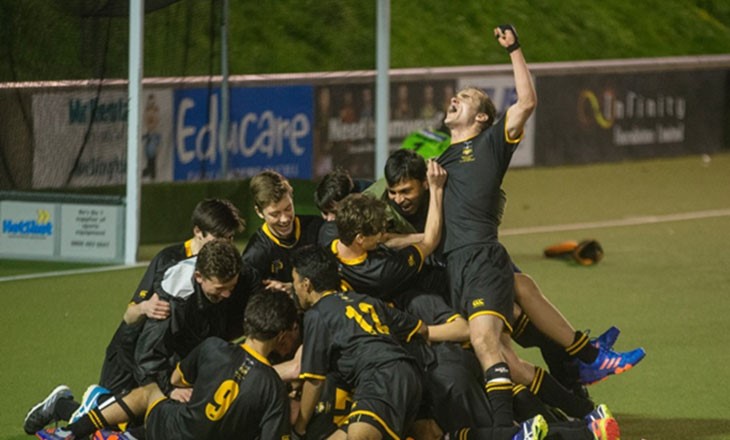 It starts with why

Simon Sinek’s 2009 TED talk has been viewed forty million times. The secret, he says, is to start not with ‘what’ you do, but with ‘why’ you do it. So, here’s a question: ‘Why do schools have sport?’ Because they don’t have to: what they have to do is teach the curriculum and sport is not part of the curriculum — it is ‘extra-curricular’. So why do schools have sport?

Wellington College considers sport ‘one of the golden threads of the Wellington College tapestry’ that, ‘when woven with academic achievement, music, the arts, service and leadership, enhances the overall picture of who we are.’ “Who we are,” says project leader David Cournane, “goes beyond just academic. Our purpose is to develop well-rounded young men who are contributing and valued citizens.”

Starting with that ‘why’, Wellington College has been reviewing its sporting programme. Not because it was considered broken, says David, but more to explore how it could be better. An external management consultant led the process. They drew on Sport NZ research and their own internal research, as well as consulting widely within their own sporting community.  Their overarching conclusion?

Sport sits within Wellington College's broader vision. It is pursued according to the values of the school. We do not want sport to grow at the expense of the arts or academic achievement. We do not sacrifice the broader education of young men on the altar of sporting success. We want to win but not at any cost.

What they realised is that — perhaps because it is ‘extra-curricular’ — sport in schools has been following its own evolutionary path, one that has been diverging from Wellington College’s stated purpose. And so, the goal now is to create a new alignment for sport at Wellington College to be ‘intra-curricular’, contributing to their overall outcomes. Wellington College still aspires to be on the leading edge of school sport, but they are redefining what that means — ensuring that the wellbeing of all students comes first. 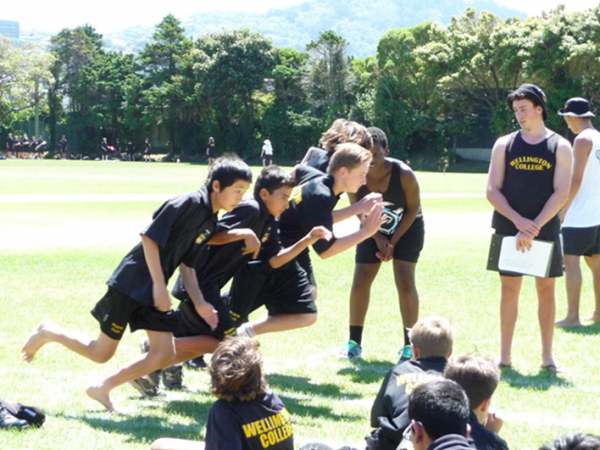 As the report says, ‘Youth sport is primarily about development. We prioritise development over results.’ And participation over performance. ‘What is interesting,’ says the report, ‘is that parents and coaches place a much higher value on winning and being successful than the boys do. That is not to say that winning is not important or that excellence in performance is not a value to be pursued. It does indicate, however, that if we are to retain and develop players that fun and friendship need to be fostered.’

Development over results, participation over performance: those are sea-changes in belief, in culture. Established in 1867, Wellington College is one of New Zealand’s oldest institutions…of any kind. Today, there are 1800 pupils, over 100 staff, legions of parents and old boys. There are traditions to uphold. Old rivals to defeat. Furthermore, Wellington College offers more than 30 sports and different codes have their own governance and administration structures. Some are incorporated societies: part of the school and yet not. It’s one thing to write a report, quite another to have it adopted.

“That’s the process we’re going through now,” says David Cournane. “We started with the leadership, then the board of trustees, and now we’re engaging with the individual codes, getting people on board, working through the implications. We’ve brought Sport New Zealand into key meetings, to share their perspective on what’s best for young athletes.”

“What’s encouraging is that if you take the time, present the evidence, people get it. We talk about our overall vision for Wellington College and our values.  We talk about what success will look like: greater participation and enjoyment, but more importantly more of our young men leaving College with a greater appreciation of the value of sport and physical activity and a greater likelihood of maintaining involvement in their adult lives. We’re challenging some deeply-held myths, but people are coming on board and the Principal is now beginning to take the message to parents as well.”

“Rather than starting with what you want to change,” says David Cournane, “start with why. At Wellington College, the Why is the development of outstanding young men.”