Skip to Content
Internet Explorer is an out-of-date web browser that may render some features incorrectly. Please access this site using a modern browser such as Safari 13 and higher or Chrome 80 and higher.
Home Resources Working together to create flourishing active environments 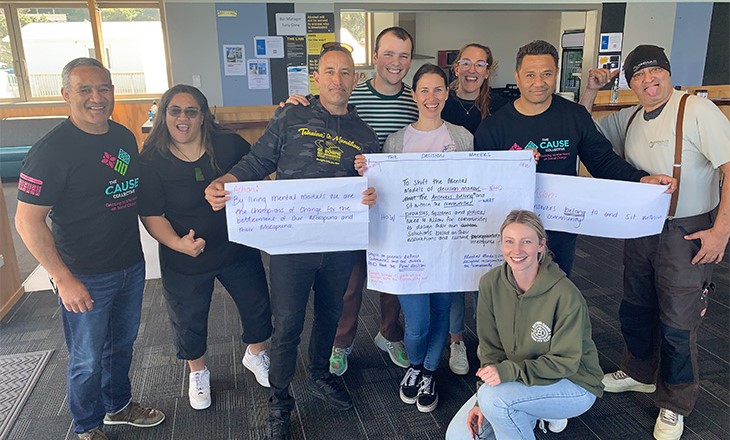 Community-based agencies from across the motu came together on October 2022 in Wellington to identify ways to improve the system to enable more organisations like theirs to thrive.

Impact (Innovative Movement Partners Activating Community Transformation), run by the Active Recreation and Locally Led teams at Sport NZ, aims to draw on the collective expertise, experience, and knowledge of community-based agencies across the motu to be part of creating a more inclusive and impactful physical activity system.

The IMPACT Project was started two years ago, under the guidance of the newly formed Active Recreation Team, who wanted to better support smaller organisations who were already having a positive impact on the lives of rangatahi and whānau through physical activity.

Locally Led Lead Junior Armstrong says the aim was to bring together a group of organisations they knew were serving their communities effectively but who were struggling to get heard.

“The IMPACT wānanga was a perfect opportunity for a range of passionate people and organisations to come together, connect, inspire and begin to reimagine a future where organisations like theirs were better supported to continue to have a positive impact on rangatahi and communities through physical activity.”

Following on from an initial wānanga in August, the group came together for a second time in October to connect and workshop what would make the biggest difference within the physical activity system so more organisations like theirs, using physical activity for wellbeing, can flourish.

Active Recreation Lead Fran McEwen says the project has helped identify ways Sport NZ can help reduce barriers currently preventing these incredible organisations from doing even more of the mahi that really counts, which includes co-designing physical activity with rangatahi and communities to support their wellbeing. 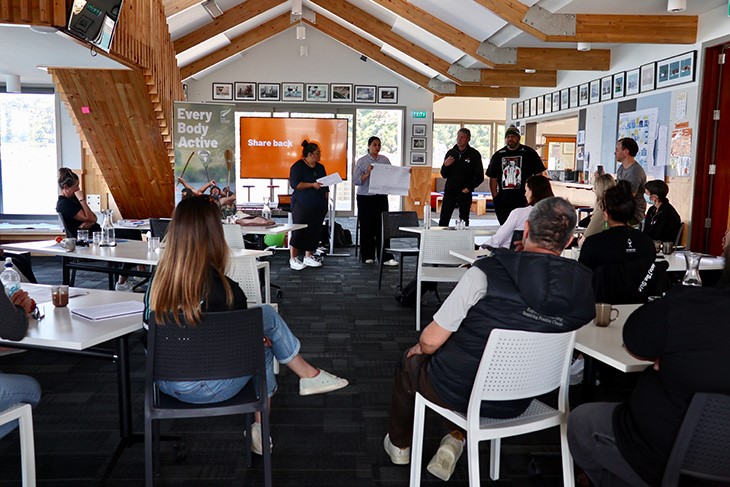 “The next step in the project is to co-ordinate the feedback we have received and create a road on which to take the group so they can be directly involved in driving systemic change.”

WORD co-founder Ash Peters says a real barrier preventing young people from getting involved in her organisation is the perception of what mountain biking is and what it means to be active.

“There is this perception of what sport has to look like and for many of us in this wānanga, we’re modelling a different way of getting young people active, and ultimately supporting them to be better young people.”

“We’re all just using a different vehicle to get to that point,” says Ash.

For Ash, it is reassuring to learn she and her team aren’t alone in the issues they face as an active recreation provider.

“We are all aligned in our shared values, and I’ve been really inspired by others and knowing we’re on the right path.”

The core focus of the second wānanga was the six conditions of system change, which included mental models, power dynamics, relationships and connections, resource flows, practises, and policies.

A strong theme to emerge from the two days was the need for those in positions of power to better understand the impact smaller organisation are having on the lives of rangatahi and other priority population groups. So too was the opportunity for better connections among these types of organisations to be a stronger voice into decision makers and to be able to cross pollinate ideas and share resources across the motu.