Skip to Content
Internet Explorer is an out-of-date web browser that may render some features incorrectly. Please access this site using a modern browser such as Safari 13 and higher or Chrome 80 and higher.
Home Resources Young skaters lead the way

The passion and leadership of a group of Gisborne rangatahi has been instrumental in the success of an initiative to get more young people on skateboards.

Sophee Hills, 23, sister Tessa, 19, and two of their friends have formed the group Surely Skate, which sets out to encourage and mentor other rangatahi to pick up a skateboard and give it a go.

The group is even more excited that their success to date is largely due to the fact that Surely Skate is youth-led and that youth voices are being heard.

Sophee explains how they got backing from Tairāwhiti Adventure Trust which applied for Tū Manawa funding on behalf of Surely Skate, guidance from Sport Gisborne Tairāwhiti, and additional support from organisations and the community alike.

“It is important to listen to youth - in our case we are the younger generation, we know what’s going on, we’re street wise, we know what’s trending and we do have a fresh approach to the way things might have always been done.

“It’s really good for young people to get their voices out there, making sure they are being heard and not overlooked.”

Sport Gisborne Tairāwhiti has youth voices on its Tū Manawa funding decision-making panel to ensure the voice of young people is valued, and that, in turn, has helped with the success of Surely Skate’s application.

“We are proud of the fact that three of our eight panelists are young people. Their involvement in decision making increases the mana of young people by providing a unique insight,” says Sport Gisborne Tairāwhiti’s Helayna Ruifrok.

“They give a really youthful perspective to the discussion and are particularly aware of the barriers and support needed for projects led by rangatahi.”

Helayna says the rangatahi panelists were instrumental in getting the Surely Skate Tū Manawa application over the line. 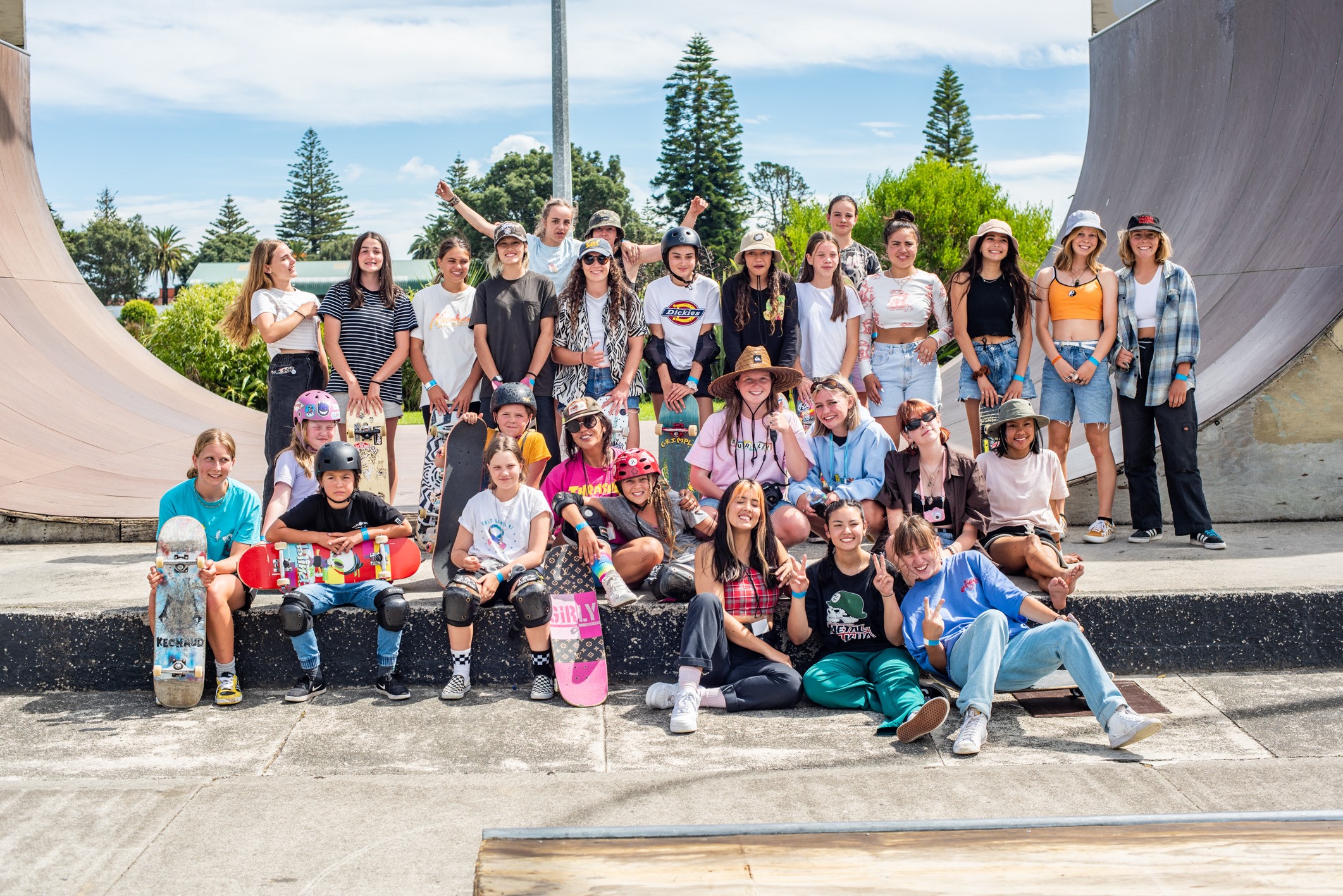 Now Sport Gisborne Tairāwhiti is looking at ways rangatahi can apply directly for Tū Manawa funding, an exciting next step in ensuring youth voices are being heard, she says.

“It’s really great to have projects and initiatives that are youth-led, because they're able to obviously respond to the needs of their peers and create something they absolutely want to do and get involved with and engage in.

“Young people know what they want, and quite often it’s just about us, as adults, being able to enable them to succeed by getting out of the way!”

As for Surely Skate, the idea that stemmed from noticing very few girls at the skatepark when Sophee and Tessa began skateboarding a few years ago is gaining momentum.

Surely Skate runs workshops every Sunday afternoon offering boards, safety gear and helmets and advice for anyone who needs it, there have been sessions for schools and even a couple of Surely Shred competitions that have attracted competitors from all over the country.

The surge in skaters has also meant a shift to a more inclusive culture including gender diversity, say locals, with skateboarders aged four to 34 hanging out.

“We’re just a group of girl skaters who wanted to encourage other girls to skate, we sought help to do that but we never thought we’d get this big,” says Sophee.

Like Sophee, Chloe is excited that Surely Skate has helped so many young people find a community that supports them to be active in a way that promotes their physical, mental and social wellbeing.

“It's really important that we support more opportunities for rangatahi to engage with other types of physical activity, like skateboarding - not everybody wants to fit into that traditional sport box, it's all about young people being active in a way that suits them.”

Sophee too loves the fact that Surely Skate is inclusive, offering a safe place, free from judgment.

It’s part of the reason she loves skateboarding.

“Skateboarding gives you that sense of freedom, you do it in your own time, you’re not pressured, there’s no standards to live up to, you don’t have to practice all the time, you just do it when you want.”

It’s also given Sophee more confidence and a good reason to hang out with her younger sister.

“Skateboarding is very rewarding - at first it’s scary to try something new, you fall over a lot, it dents your self-esteem, but you get up again, gain confidence and progress, and suddenly you’re not afraid to try new things anymore and you’re having fun.

“I see that confidence grow in the increasing number of young kids who come along to Surely Skate to have a go.

“It’s become way bigger than we thought, and we can’t wait to take it to that next level,” says Sophee. 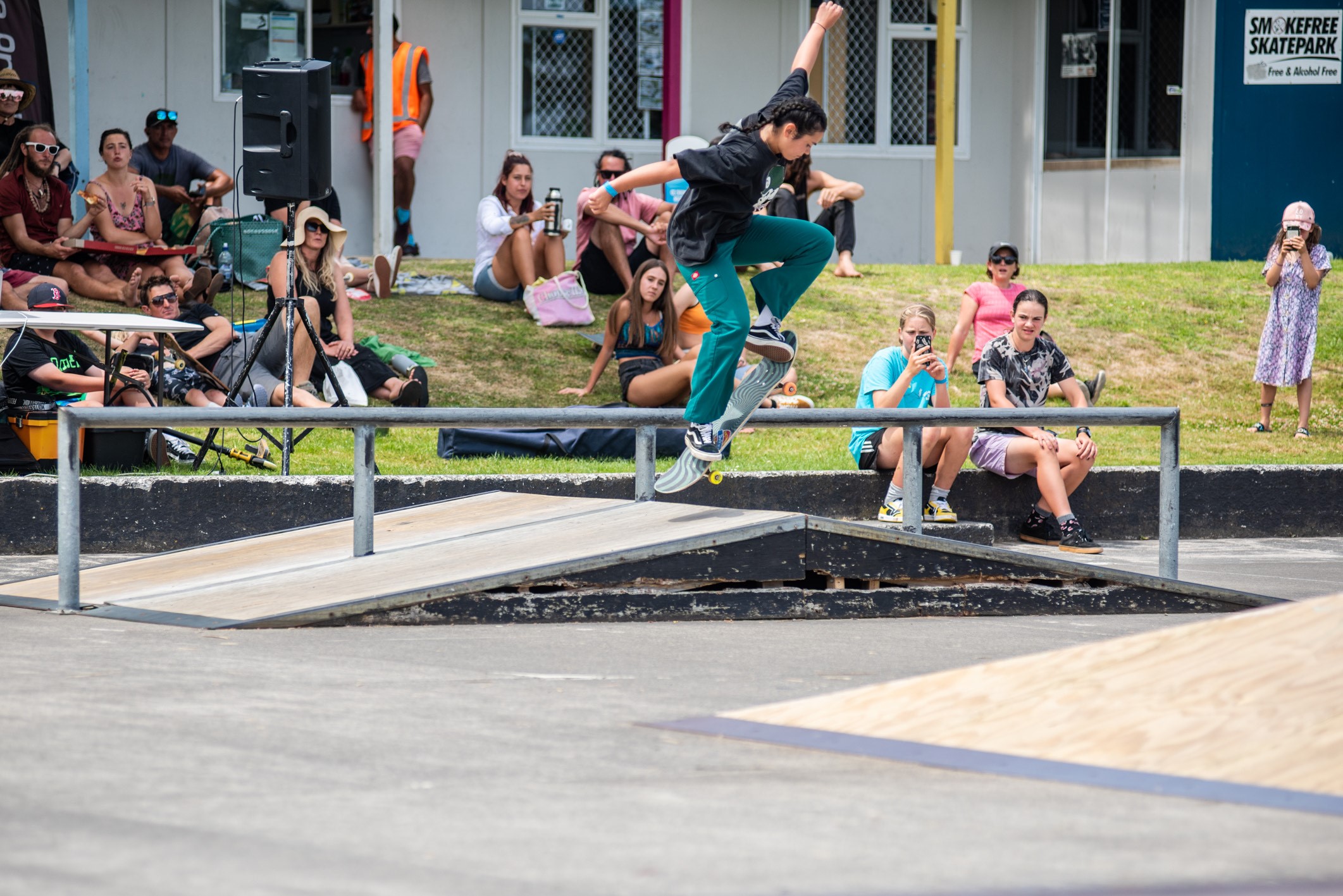