Skip to Content
Internet Explorer is an out-of-date web browser that may render some features incorrectly. Please access this site using a modern browser such as Safari 13 and higher or Chrome 80 and higher.
Home About News and media News updates Active Southland embraces Mana Taiohi approach 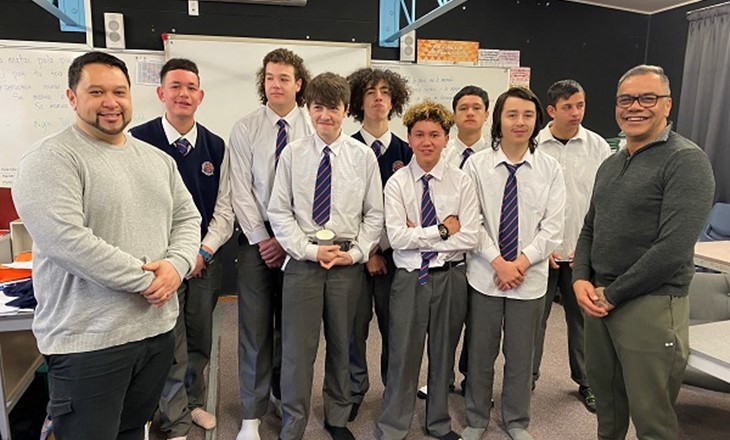 Applying a Mana Taiohi lens across everything Active Southland does is helping to build relationships with organisations throughout the region to support better outcomes for rangatahi.

Mana Taiohi is a principle-based framework that can inform and support the community’s work with young people which is centred around supporting their mauri (life force), whakapapa, hononga (connections, relationships), and te ao taiohi (the world of the young person).

So far 70 percent of New Zealand’s Regional Sports Trusts, like Active Southland, have hosted workshops with their communities as part of Sport NZ’s work in the Active Recreation for Rangatahi Plan that aims to use active recreation as a vehicle for youth development.

“We saw the Mana Taiohi training as an opportunity to reach into and support a myriad of organisations that work with young people - especially those young people who exist in that 20-30 percent of society who often don’t get the opportunities to be active due to access barriers like cost or transport, and confidence to participate.

“The workshops gave us an opportunity to align the way we work with these organisations which already use many of these youth development principles in some shape or form.”

The biggest takeaway though, says Steve, is that the Mana Taiohi training emphasises the need to take a mana enhancing approach to build young people’s self-awareness and identity.

“The biggest learning is to always be mana-enhancing, take a strengths-based approach and work with people who put the rangatahi at the centre of their mahi and not only listen to their needs but involve them in the process.”

It’s an approach that’s already impacting on the organisations Active Southland works alongside.

Active Southland has already implemented Mana Taiohi in its Rangatahi Coach Engage programme that works with coaches of young people in a sport setting.

It is also working with Southland Boys High School in a “boys to men” initiative that aims to align the school’s values with those of Mana Taiohi.

“This initiative aims to work with 13-14 year old boys who may exhibit some behavioural issues in the classroom - we aim to use active recreation as a tool to help them address these challenges, and being mana-enhancing is a key aspect of this,” says Steve.

The Mana Taiohi training has also helped to develop relationships with the likes of YMCA, Red Cross and PACT, which works with young people with lived experience of mental health adversity.

“We have used Mana Taiohi to build relationships with other community organisations, so we can understand them and their wishes when it comes to using sport and active recreation as an avenue for their young people,” says Steve.

“We don’t see sport and active recreation as being the fix-it to all issues rangatahi are challenged by, we look at it more from the view of  how we can work in partnership with others to deliver opportunities for young people that support the other work these organisations and people already do for our young people.”

“We have a motto of being mana-enhancing with everyone we work with - in the rangatahi space we put the lens of Mana Taiohi across everything we do to ensure that we are not only consistent but true to who we are and what we believe in.”